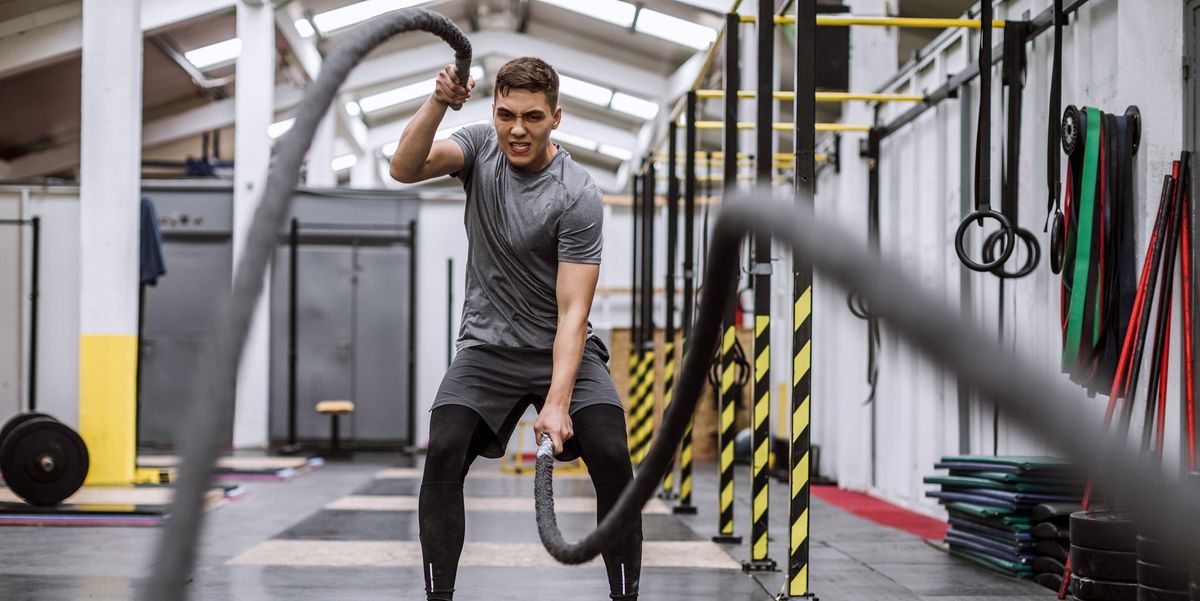 Having solid endurance and stamina is a good thing no matter how you slice it.

In the bedroom, stamina can give you some cred with your partner. And in the gym? Being able to channel your inner Energizer Bunny can have a total-body pay-off—and the results of your hard work can prove beneficial for longer than you might expect. Research shows that endurance training can lead to a healthier aging process, compared to those who rely on resistance training alone.

A quick note before diving in deeper: Stamina refers to how long one has the ability to perform an activity at maximum capacity, while endurance is focused on how long one can continue to perform an activity, no matter the capacity. The two terms are linked, however, since they’re both focused on how long you can sustain performance. Most people will use the terms interchangeably, and you can develop them using similar methods.

But you can’t just develop stellar endurance and stamina overnight. Whether you’re a guy who loves a long weekend run or if you’re simply hoping to stick to your workout for more time than you did last week, use these five expert-backed strategies to stay in it for the long haul.

Master the Basics of Your Movement

When you’re constantly focused on going longer, it’s easy to neglect the foundations for proper movement. “What you might not realize is that most of the time on the late stages of races or workouts, the wheels fall off in technique,” says Emilio Flores, coach and co-founder of Even, an online coaching platform for endurance athletes popular in Mexico and Latin America. “When you have poor mechanics, you become less efficient.”

When you’re already tired, fall back on better technique to help you get through the rough stuff. That means that you should be practicing efficient, perfect form in all of your endeavors, from nailing the perfect back squat to running with as little wasted motion as possible.

Sounds counterintuitive, right? Fact is, quick work can have long term pay-off. A 20-minute, short HIIT session can be twice as effective as cycling or running at building up your endurance, according to a study published in American Journal of Physiology.

Use Your Recovery to Your Advantage

Maybe you’re a runner trying to maximize aerobic capacity. Maybe you’re heavy-lifting fan who wants to amp up muscular stamina, so you can pump out even more reps at your PR weight. No matter who you are, if you’re not using your recovery to your advantage, you’re doing it wrong.

“You want to create a level of fatigue in the muscle, and then actively clear that fatigue in a similar movement,” says Reebok athlete Chris Hinshaw, endurance coach to some of CrossFit’s best, including 28 different CrossFit Games champions ranging from Ben Smith to Mat Fraser. “Instead of doing a hundred meter sprint and sitting around and doing nothing, then repeating that five times, keep it moving,” he says. “Run a hundred meters, then actively recover with a 300 meter jog. Do that five times, with no passive rest.”

So what’s this look like for a resistance training junkie who doesn’t ever want to run? Think barbell overhead press followed by a behind-the-neck press with a PVC pipe. A set of push-ups followed by flipping over on your back and pressing up that same PVC. It may not feel like you’re doing much, but according to Hinshaw, it’s a whole lot better than nothing. “It’s a high intensity element into a low intensity recovery,” he says. “It’s the recovery that’s hurting most of the athletes.”

Mix Up Your Workout

Aside from the fact that doing the same thing all the time can be a total drag, changing up the way you train can lend itself to endurance gains. Big on running? Flores suggests you add in different types of running (sprints and incline as opposed to steady-state miles) to get the most bang for your buck.

“These kind of runs and workouts are challenging and a really easy way to gain essential strength without stepping foot in a gym,” he says. “Plus, it will help your balance.”

Get Ready to Jump

It’s time for lift off. Incorporating regular plyometrics—or explosive exercises that use the muscles’ stretch reflex to build power—is a sure-fire way to amp up endurance.

A study of endurance runners who introduced plyometric training into their routines found that they expended far less energy during their runs than those who used weight training. Start with these plyo moves for a more athletic workout.