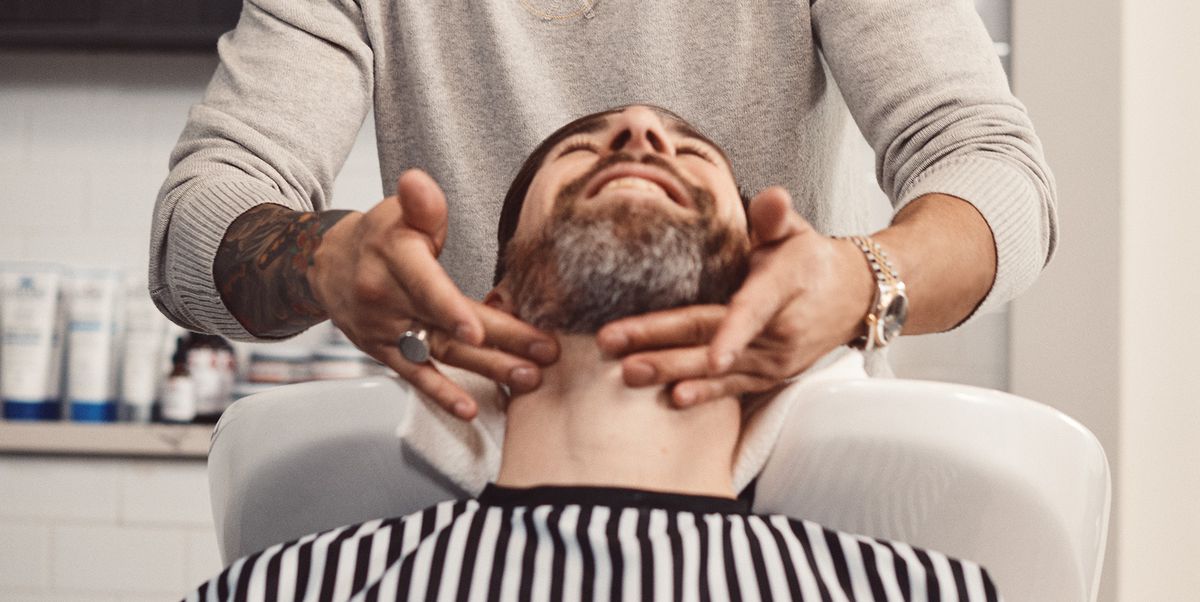 Getting the perfect shave is no small feat. There’s a seemingly endless supply of products, tools, and techniques out there, and razor burn, cuts, and skin irritation constantly threaten to ruin your day. However, it is possible to achieve that Don Draper glow through a careful, considered approach and a repeatable routine.

To learn how to build that routine, we hit up some esteemed barbers who know their way around a razor. Follow their tips and soon enough, getting a close shave will be second nature.

1. Warm and soften the skin

“The preparation steps are just as important as the actual shave,” says Mark Bustos, a renowned stylist at Ammon Carver studio in New York and co-owner of the Silver Vine Room salon in Summit, New Jersey.

Wash the face first with hot water or drape a hot towel over your face to open the pores, loosen hairs, and make it easier for a razor to glide and shave. This helps prevent irritation and ingrown hairs.

Taylor Brinckerhoff, a barber at Baxter Finley Barber & Shop in West Hollywood, California, recommends the hot towel. “We use a primary coat of lather that we massage into the skin to moisturize, and then remove it with a hot towel that we infuse with a shave tonic.”

A hot towel treatment “makes the skin softer, giving it a little elasticity and forgiveness for the sharp blade,” says Jeremy Pelser, a barber at Blind Barber at Moxy Times Square in New York City.

To perform this technique at home, roll up a terrycloth towel, saturate it with water, and microwave it for 15 seconds or to your desired heat level. No time for that? You can achieve a similar effect by shaving straight out of a hot shower.

Most experts recommend you lather up with a quality shaving cream. Something thick, rich, and moisturizing. Massage the cream with your hands using an upward circular motion to work up the lather. “This will lift the hairs so that the razor can smoothly glide over the skin avoiding razor burn,” Pelser says.

Some people like to use a more traditional lathering shaving cream with a shaving brush. “Brushes are great at getting under the hair to lift the follicle and cut the hair as if it’s standing straight up,” says Rob Casey, a senior barber at Fellow Barber in New York City’s seaport district. Apply another round of shaving cream if you plan to shave against the grain after you first shave with the grain. More on that to come.

3. Go with the grain

Some experts refuse to shave against the grain of the facial hair. Others say it’s fine as long as you shave with the grain first.

“A lot of men make the mistake of shaving against the grain right off the bat,” notes Brinckerhoff. “While it does get closer to the skin, there is potential for irritation and ingrown hairs. It’s easier to get a nice smooth shave by starting with the grain, and then, if a second pass is needed, you can go against the grain with a bit more ease.”

Pelser agrees. “Shaving in the opposite direction of the way the hair grows risks a cut,” he says. Ultimately, going against the grain shouldn’t be a problem as long as you don’t do it on the first pass. If you do opt for a second pass against the grain, pull the skin tight to create tension for a closer shave.

Choosing the right razor comes down to how high-maintenance of a guy you are. (Who knew shaving required such deep self-reflection?)

For low-maintenance guys, cartridge (or multi-blade) razors are fast, easy to use, can take on coarse hair, and offer anyone a great shave. Just make sure to change the blades relatively often. “You don’t want bacteria buildup on your razor, because that can lead to breakouts and other gross stuff,” says Brinckerhoff.

Medium-maintenance men might prefer a double-edge razor. This will deliver a closer shave and cost less than cartridges, although there’s a learning curve to figuring out the angles, technique, and pressure of the blade on the skin.

A straight (single-blade) razor is the most high-maintenance option. It’s possible to use one at home after some back-of-the-hand practice but best left to professional barbers.

“People think it gives you a closer shave, or they want to connect with a skill from days of yore, but make your life easier and leave the straight razor to us,” says Brinckerhoff. “We’ve trained to properly use it; honestly, it’s more about tradition than effectiveness.”

Bustos says you should still use caution even when deferring to a professional.

“A common misconception is that a professional straight razor shave will come out super smooth the first time,” he says. “It may take your barber a visit or two to understand your growth pattern and the health of your skin.”

It’s why he advises men against straight razor shaves on their wedding day, especially if it’s their first time. Cuts and irritation aren’t a great look for the photo album.

A shave isn’t done when the shaving is done. It’s done when the skin is protected and hydrated. Afterward, rinse the face with cold water or apply a cold towel to help close the pores and slow blood flow to the surface of the skin.

Brinckerhoff recommends also using a bit of oil-free moisturizer or post-shave balm to nourish and soothe the skin. “It doesn’t hurt, and we want the skin to feel soft and refreshed, not tight and dry,” he says.

“Use a product that does not contain alcohol,” adds Casey. “Alcohol dries out the skin, which can lead to ingrown hairs, bumps, and discomfort.”

Of course, you could opt to lay back and let an expert do all this for you. It’s relaxing, fun, and you might even pick up some more tips. Just be sure to communicate with your barber about your shaving habits and problem areas.

Be clear about your ritual and how long it’s been since your last shave. Let the hair grow in for at least two days so your barber can determine the hair growth pattern and go with the grain, and speak up if you have sensitive skin, Casey says.

And one more thing:

“Make sure your barber had his lunch and didn’t just chug a coffee or espresso,” warns Bustos. “Steady hands are greater than jittery hands.”